The Deal With Dodson (2)

Sometime during the recent Reality Creation workshop I attended that was facilitated by Frederick Dodson, the subject of near-death experiences came up. Dodson said that he’d experienced several. “So why did you come back?” someone wanted to know. Dodson kind of smirked. “To deal with all of you,” he said. Although he said this as a kind of joke, a week or so after the workshop I began to think that maybe he was serious. Or, in other words, that Dodson was a kind of Bodhisattva, or someone who had attained a kind of enlightenment but vowed to keep reincarnating until all sentient beings were free. Now, Boddhisattva is a Buddhist term, one that has a range of fancy definitions on Wikipedia. But if we remove the term from its Buddhist origins, we might recast it as meaning a being that had experienced some sort of awakening, yet for whatever reason chooses to keep mingling with and teaching us. To even entertain the possibility that Dodson or anyone else might be in this state is a kind of departure for me. I’m one who doesn’t believe in such things as “perfect masters” or “fully realized beings.” To be here is to be human, I think, which means to be tainted by the negative pull of the earth. I still think that way but now believe that there’s a kind of middle ground. And that it’s possible to achieve a kind of awakening that it is “woke” but less than perfect. Now, I have no idea what Dodson thinks of all of this. I’m just happy to have learned a thing or two from him.
Jun 01
0

The Deal with Dodson

I recently sponsored and took a workshop with Frederick Dodson, "reality creation" coach and author of more than 23 books, including the classic Parallel Universes of Self.

It was an interesting experience, one I'll likely be processing for some time.

I mean it's kind of like the Hawthorne effect, when the observer of a particular phenomenon alters whatever he or she observes. Or something like that.

So anyway, I don't want to describe the actual workshop, but my perception of the workshop leader.

I should say at the outset that I'm an old hand at observing teachers. In my former capacity as a journalist, I've been up close and personal to quite a few, including Masahiro Oki (look him up!), Michio Kushi, and John-Roger, just to name a few. I've written about some of these encounters in my book, N﻿﻿otes for a Ne﻿﻿w Age.​

So, when I'm in these situations, I find myself studying the particularities of the teacher, such things as their presentation style, the way they interact with students, their use of charisma etc.

I'm also aware that doing this is a kind of weakness, in that it can detract my attention from the actual transmission of teaching and my learning.

I could say a lot about Dodson, but the thing I want to highlight is his extraordinarily original style. I mean, I've taken a fair amount of workshops over the years and most of them are derivative. ​In other words, if you are generally familiar with the subject, you can pretty much see where particular activities or philosophies come from or what lineage the presenter represents.

But I couldn't see Dodson's antecedents; his style was totally his own.

There is something to be said about originality.

Original thinkers have totally digested and  internalized what they've learned from others and come out with something new.

There is an authenticity there and this is what I sensed from Dodson.​ 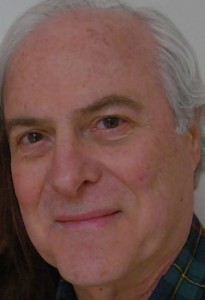 I’ll never forget my dear friend, Brian Zahn.    He was a great guy, who I’ll never forget. Maybe you can sense his spirit by looking at his picture. Or maybe not, as a photo is but a window. And Brian was to me a guy who was always a little mysterious, with a wondrous and somewhat dazzling surface. What I saw in him was perhaps what he wanted me to see. Despite that, he was someone who supported me all my life.

Here’s a newspaper article that tells you something about Brian’s life:

I hope you’ll take a moment to read it, and then come back to read more.

I’ll always remember how Brian and I first met.

It was during the late ’60s or early ’70s and I was newly back from Europe and living off South Street in Philadelphia. In those days, I was a practicing macrobiotic, eating a lot of brown rice and miso soup and studying, as my friend Nolu Crockett-Ntonga called it, “the yin and the yang and the bim and the bam.”

I had this idea to start of a magazine devoted to all things macrobiotic and decided to call it Yarrowstalks. I put out the first issue and a couple of weeks later, I got a call. It was Brian, who wanted to know about this magazine I had published. He was curious because he’d been publishing a magazine of the same name for a number of years.

Brian did the opposite of threatening to sue. Instead, he suggested we get together. This led to us jointly publishing two issues of Yarrowstalks and Brian giving me the title of Executive Editor. Although, truth be told, Brian did most of the work. I contributed a poem, a song I’d written and, in the second issue, an interview with William Burroughs.

Back in those days, I was also a music man, fronting a band called the Life Band with Angelo Lewis. Brian loved my music and promoted me, even arranged for me to peform in a concert in which I shared the bill with Philadelphia jazz legends Hank Mobley and Philly Joe Jones. Brian kept tapes of my music all these years. He saw me as an artist, a status I never fully claimed.

A couple of month ago, after not hearing from Brian for several years, I got a message from Brian on Facebook. “I’m in U of Penn hospital,” he wrote, “dying of cancer.” I called him up immediately and arranged to visit him in the hospital.

What struck me on seeing him then was how upbeat he was. He wasn’t really interested in talking about his illness but instead talked about a couple of his projects: a screenplay he’d published about Auguste Rodin and his documentary on Violet Oakley. He gave me a copy of both of those books and signed the Oakley one. “Read it,” he commanded. It said something like: “To the artist who lives in Angelo, the one he doesn’t see.”

When our visit ended, I wanted to hug him goodbye. But this was something he said his weak immune system might not tolerate. So we just said our verbal goodbye.

Just a couple of weeks ago, Brian invited me to a cocktail party. I had planned to attend, but at the last minute was unexpectedly called away to North Carolina for a memorial service for uncle who had just died. I called Brian last minute and relayed my regrets. “Let’s get together when you get back,” he said. True to form, he didn’t dwell on his prognosis.

That was the last time I talked to Brian.

Aside from missing him, I owe him a kind of spiritual debt. It’s not the kind of debt you repay to the lender, but one you pay back to others or to the world. It’s like that quote I must have shared with Brian back in our Yarrowstalks days: “One grain, ten thousand grains.

What the quote describes is a phenomenon of nature. When a grain is put into the ground, it gives birth eventually to ten thousand grains.

What it means to me is that whenever anyone gives you something of value, you must give it forward ten thousand times.

So I owe Brian and the world a lot.

For me, you are immortal. And your spirit lives forever in me.